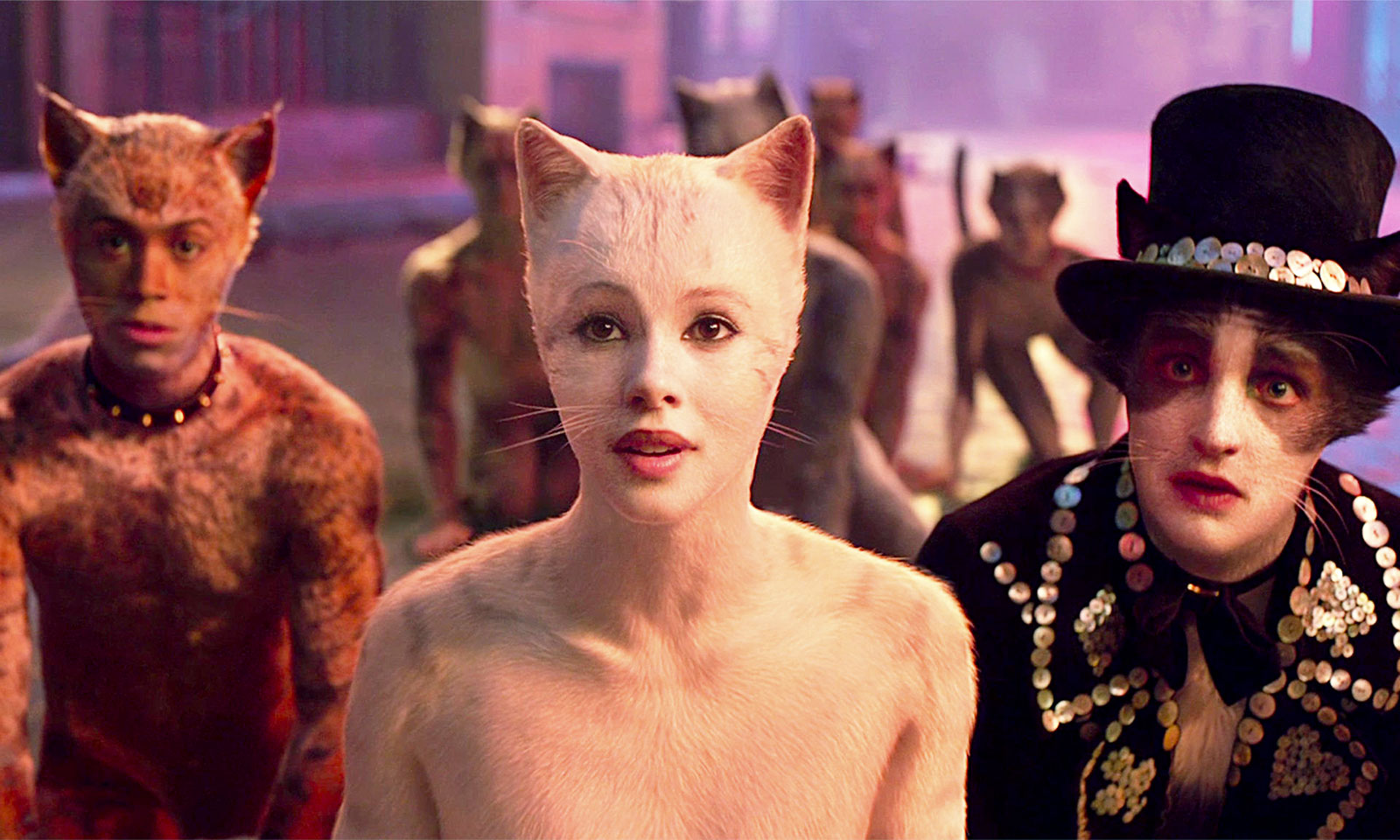 Cats is a feline fever dream. And quite possibly the cinematic experience of the year. Not because it is the best film, or even a great one, but because of its sheer audacity to be such an unapologetically weird movie. It is a Hollywood blockbuster film, with A-List talent, that makes little to no sense. This is quite the accomplishment, and one I was not prepared for.

Sing me a song of your story

I have never seen the musical. I only know of its prestige by word of mouth and the greater cultural ethos. So to my surprise, the actual plot of Cats is bonkers:

There is a tribe of cats called the Jellicles. Once a year they gather from all over the city for a singing competition. The winner of competition gets the opportunity to fly into the sky and be reborn as whatever they want.

So basically, they’re a cult. The movie is about a cult of cats committing their yearly ritual sacrifice. However, this plot is buried in fun and playful songs. This horrifying story is told over two hours. The screen time is primarily devoted to every cat in the competition singing their own song to introduce themselves as a character. You are literally watching character introductions from beginning to end.

Check your cohesion at the door

Usually a film will establish visual rules and follow them throughout the movie. Part of what makes Cats such a wild ride, is that there are no rules! Anytime my brain got use to one part of the movie, it would change in the next scene.

Right off the bat it’s just impossible to tell, how a cat is supposed to dress. Some cats are fully “naked” in that they are just their fur. Some cats, have fur coats over their fur. Some where hats. Some where shoes. Some walk on two feet, some on all fours. One cat apparently has a full body cat suit that she can unzip to reveal her actual fur body underneath!

Another thing my brain quickly had to accept, is that the cats’ sizes to the rest of world morphs from scene to scene. Sometimes the world around them is HUGE and the cats are tiny. Sometimes the cats almost seem human sized compared to objects they are interacting with or standing next to. You really can’t tell, but it also doesn’t matter at all.

The human faces on the cat bodies are, for the most part, pretty good. I’d say it’s jarring at first but by the end of the film, it seemed pretty natural. Except part way through the movie where they show some mice and cockroaches that have mice and cockroach bodies, but human heads. The cats have human faces on cat heads. The cockroaches have full on human heads. The mice have the heads of children! It’s nutty and also possibly the scariest part of the film.

The cast in Cats is top tier. And the beautiful thing is, they give it their all. Every single one of them takes this movie, and their role, seriously. And this is part of what makes the movie so weird and fun. People are moving like cats, pawing like cats, nuzzling like cats, and purring likes cats. They say they went to cat school, I’d say it worked. Especially for Ian McKellen, because his cat acting is on another level. Everyone else is pretending to be a cat, he actually is a cat.

If you’ve heard and enjoyed the songs before, then you will most likely enjoy the songs in the movie. Especially at the climax with Jennifer Hudson singing “Memory”, who of course steals the show. Up until her moment I was confused and horrified by the film, but when it’s her time to shine, it all comes together and the emotions are hard to escape.

By the end of Cats, I felt like I had been on a rollercoaster ride of a movie. Mentally, my brain was still reeling from what I had just seen. It didn’t help that the final monologue breaks the fourth wall and makes absolutely no sense in the greater context of the film. No one was talking when the lights came back on. I don’t think the theater could empty out any quieter than it did. Everyone was processing an experience no one had been prepared for.