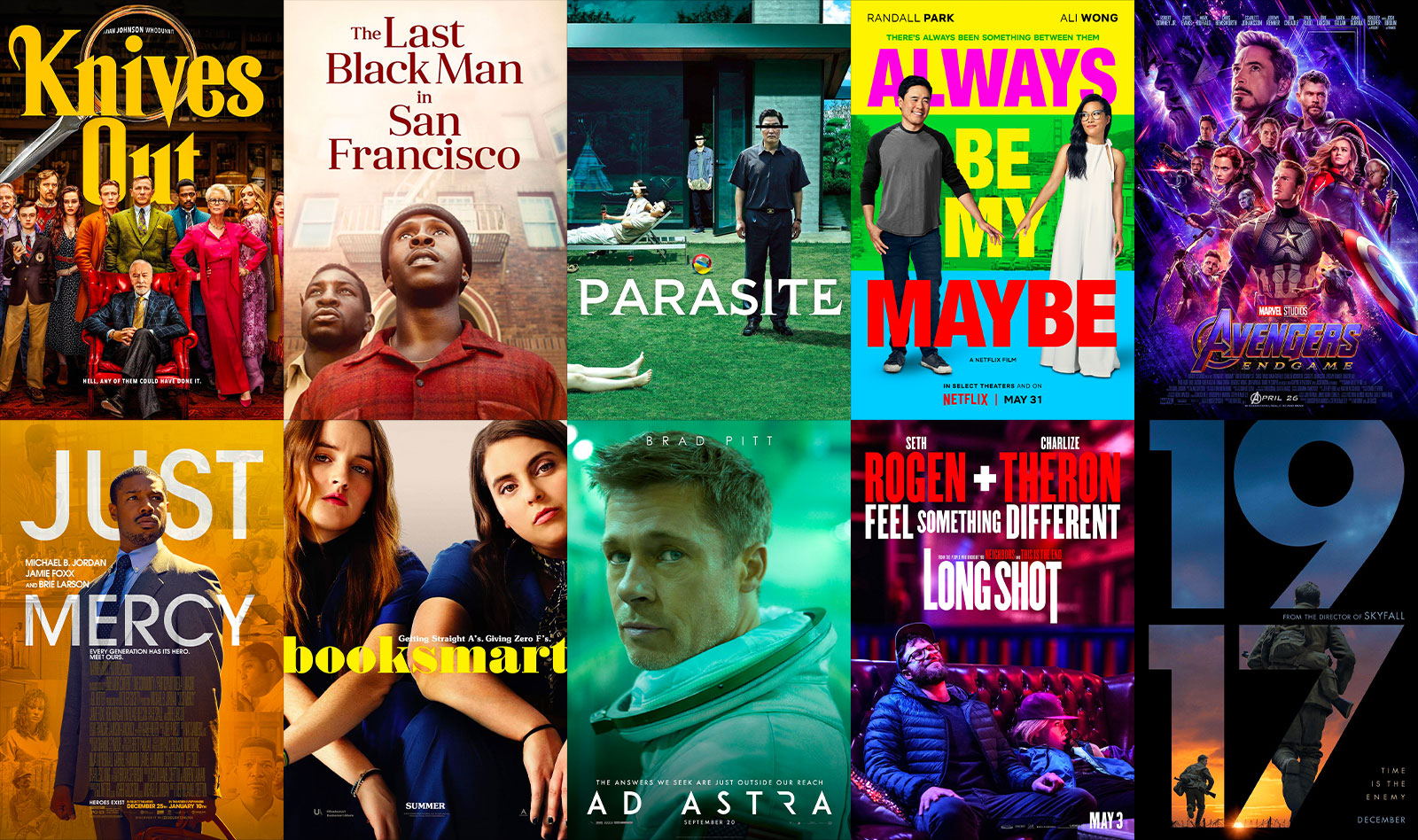 Here are my favorite films of 2019. These are based purely on my enjoyment and personal tastes. At the bottom you can find a list of all the films I saw this year.

Beautifully shot and directed, this film was a rollercoaster experience. The “single shot” effect made for a gripping tale of heroism.

It is no easy feat to take over a decade of storytelling and world building, and tie it off with a bow. However, the team at Marvel Studios pulled it off!

Such a powerful film that is only intensified by the fact it’s based off of real people and events. We can never have enough reminders of the work our country needs to do to serve its people better.

This was such a fun movie to watch! The whodunit style, mixed with such a great cast, creates a comedy-mystery of pure enjoyment.

I feel like this is one of the most underrated films of year. It’s such a charming rom-com with two great leads, that nobody said much about.

What a directorial debut for Olivia Wilde! A super funny, coming of age story.

4. Always Be My Maybe

There is good reason this blew up when it released on Netflix. The dynamics of the characters and “random” scenes made for such a fun movie.

Such a powerful film about many things related to SF but also issues that extend beyond that one city. Another fantastic directorial debut from 2019.

This is another underrated film of the year, because wow, this movie was fantastic. Introspective deep space sci-fi for the win!

Best Film of the year. This movie was masterfully crafted, as well as dives into themes and issues many countries around the world are dealing with currently.

Films I saw this year

Listed in the order I saw them: