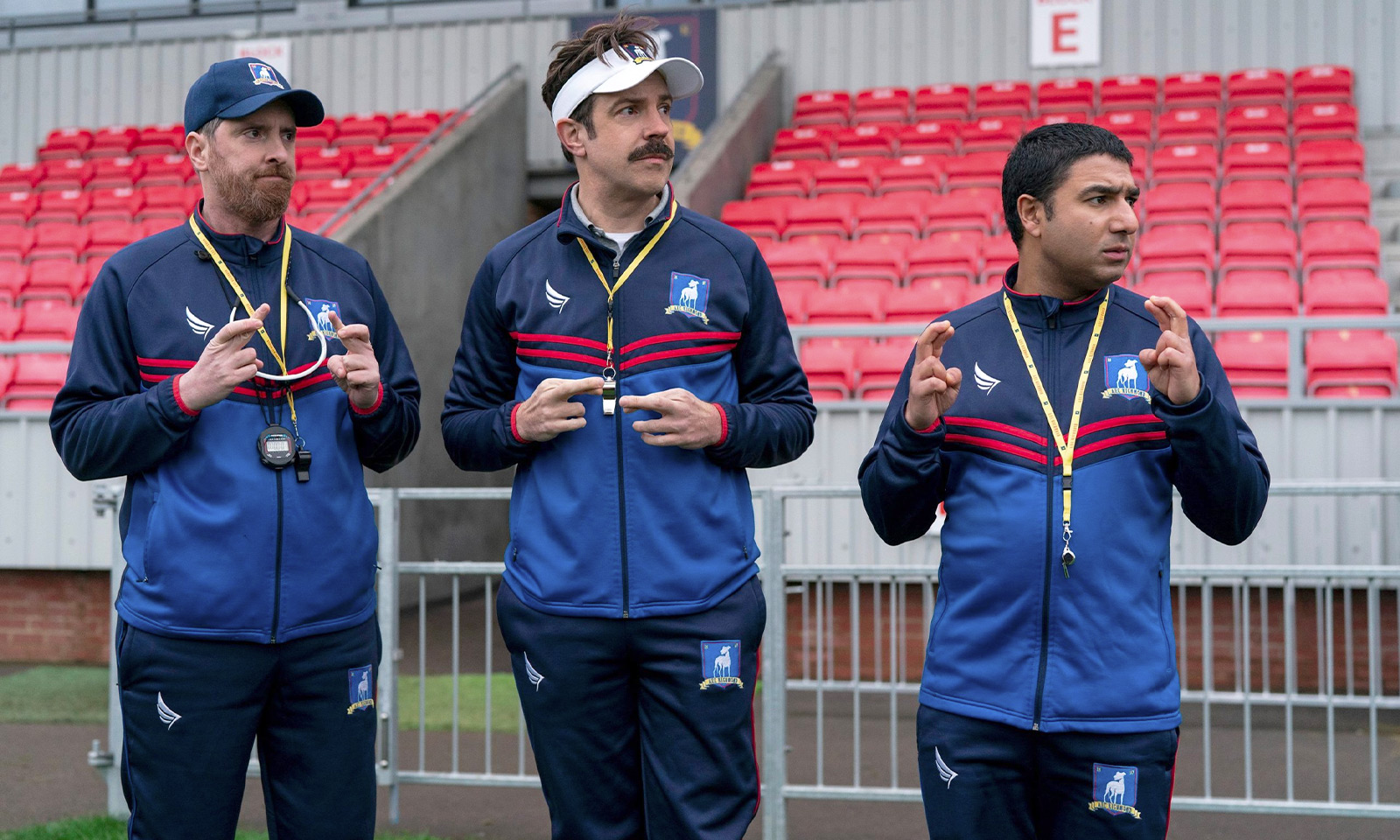 Thank the heavens, Ted Lasso Season 2 is finally here! In what quickly became one of the shining beacons of positivity in 2020, this show was the feel good delight of television. I’m happy to say episode one picks up where last season left off and does a solid job of setting up some of the stakes and larger themes for the season.

While most everyone from season one gets air time in this first episode, we spend a majority of the time with a few key characters. It was fun to get reinvested in their lives and see where their personal growth has headed or not headed.

Rebecca Welton: She starts off this season trying to put herself out there to find love. Our intro into her dating life shows us she is playing it safe and settling for someone that doesn’t the rock the boat one way or the other. After Roy gives her a pep talk on finding someone that makes her feel electric, she dumps her current boyfriend and is reinvigorated to work on being finding someone truly deserving of her. I’d be surprised if her story is purely just about her dating life, I think it will be a further exploration of Rebecca finding her true self that she feels she lost through all the years with her ex.

Roy Kent: Roy is clearly lost having retired after the end of last season. He’s coaching a children’s soccer team and doing his damn best to avoid Ted, the team, and professional football completely, all while clearly missing it. He’s even offered the opportunity to be a sports pundit and adamantly refuses to consider that as option to stay attached to the game. The theme of exploring your life post your “prime” is an appropriate topic that I think many people will be able to relate to.

Nathan Shelley: I was not expecting the Nate that we saw in this first episode. He was mean, cold, and generally not pleasant to be around. However, no one really called him out on his behavior except for a couple of briefly shocked faces. It appears, with the stagnant team and his promotion coach, Nate has adopted some of the worst qualities that he was previously the recipient of. I’ll be interested to see how they explore him coming back to his true self over the course of the season.

The largest stake setup for this season is quite the doozy! Diving right into the heart of this episode, the team is going through a crisis of their mental. Stuck in a rut of nothing but tie matches, a sports therapist is brought in to help with the team. In terms of her work with the players, episode one seems to indicate that she knows what she is doing, and does quick work with her first case, Dani Rojas, who has trouble shooting the ball on net after accidentally killing a dog during a penalty kick. Where the interesting exploration of therapy comes into play is with Ted’s relationship to it. He’s self proclaims to be skeptical of therapists after having a bad experience with one during his divorce, and is now being setup to reckon with his own inner demons. He views the therapist as an “outsider” that is coming in to help with the mental of the team, a job Ted see’s himself responsible for.

Overall this first episode did a great job of getting us back into the world of Ted Lasso! We see some of the main characters and thematic setup for this season, but I also expect we’ll have more of the characters brought into the various conflicts over the next episode or two. It feels great to have this show back and the setup is promisingly pointing towards another great season. If only I could binge the season all at once!