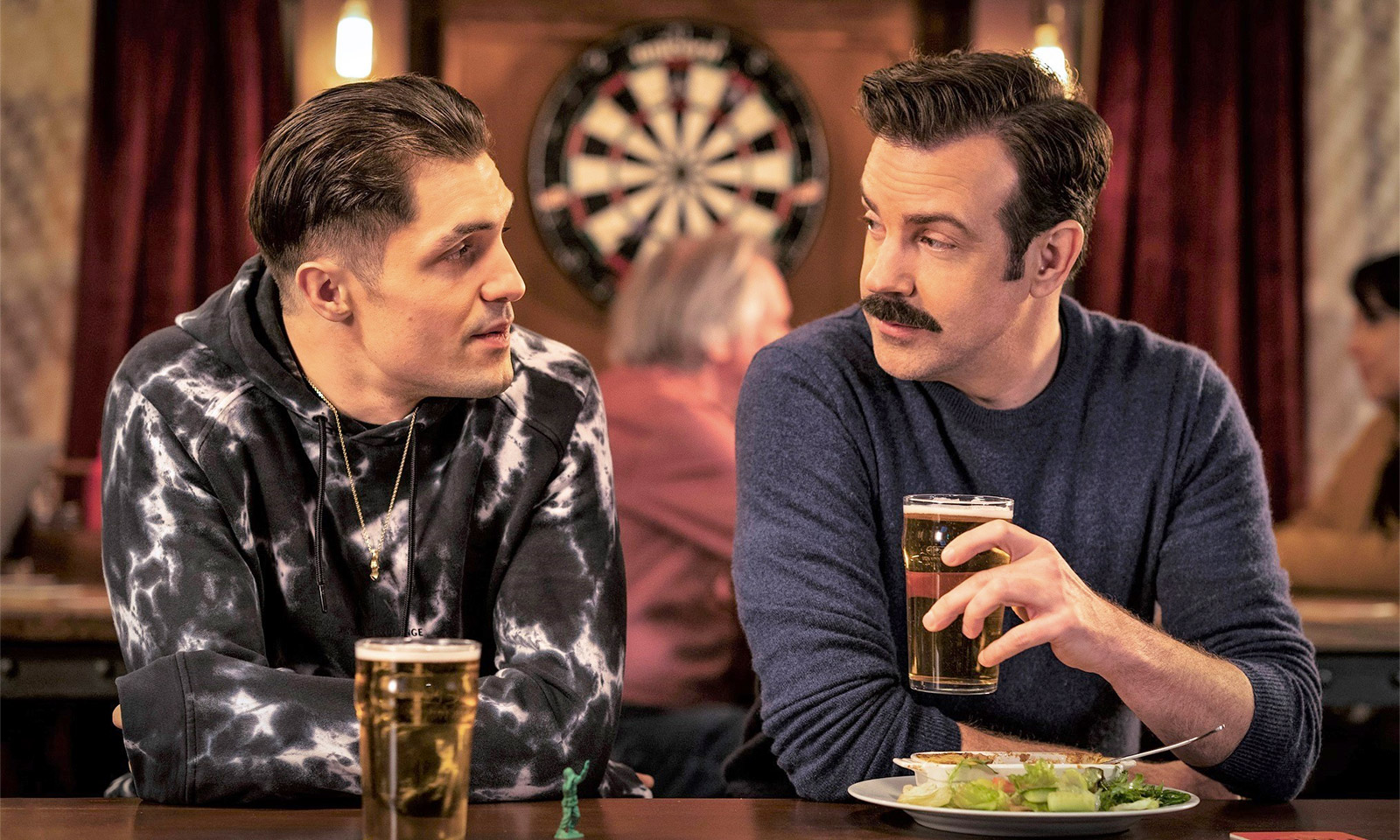 Episode 2 really starts to form the shape of things to come. There are two big take aways (and one minor one) that I got out of this week. Let’s get the minor one out of the way: Nate is still a jerk and no one seems to care! I’m not sure what the deal is with him (and know we will confront it eventually) but it seems odd that Ted and Coach Beard have not addressed in front us yet. My only guess is that it will come to head based on my second takeaway below. So let’s get into them!

Parents and the trauma they can cause

Many times in this episode there was reference to children and their relationship to their parents, specifically with sons and their fathers. When it comes to the emotional conflict of this season, it appears that this could be the big theme the show tries to tackle, and we can already see how it’s tangling up Ted and the Team.

Is Ted’s relentless optimism a product of what he experienced watching what his father went through? I think there is a good chance that it is. And this season it looks like we are going to explore that through his relationship with Dr. Sharon Fieldstone. Ted, while always charming and positive also seems to suffer from stuffing, particularly when conflict cannot be quickly resolved. We saw in season one him suffer a panic attack, and while he got through that relatively quickly seemed fine the rest of the season, this time around he may not be so fortunate.

Ted clearly enjoys being a father figure to the team, and every team he’s ever coached. His desire to foster a healthy environment and mentor athletes is what makes him a great coach. This season we see that he has reached a limit to his ability to solve all of his team’s problems, hence the hiring of Sharon. This jealously, inadequacy, or whatever Ted is feeling has put blinders on him. He wants to feel useful, he needs to feel useful, so when Jamie comes knocking on his door with his daddy issues, Ted sees an opportunity and feels an obligation to help.

We get thrown right into Jamie’s emotional trauma. He quit his football team, then he got voted off a reality TV show, he has no one to talk to, and finally grabs a drink with Ted to ask to come back to AFC Richmond. And what started this chain of events that led Jamie to be jobless and lost? His Dad would constantly berate him about his performance on the field and so he stopped playing in an attempt to get back at him. We saw a hint of his father’s aggression towards the end of season one and it makes sense to continue that into this season. It’s a form of parental abuse that molded Jamie into the cocky, ego-driven, all-star athlete that he is.

In season one Ted starts to chip away at his toxic persona, to bring some humility and team spirit to Jamie. This ultimately led to the game ending pass that cost Richmond the match and to Ted passing Jamie a goodbye note that said, “Way to make the extra pass!” aka “I’m proud of you”. Now with Ted accepting him back onto the team, Jamie has an opportunity to complete his character arc, make amends with the team, and help them actually win a game. But it won’t be that easy…

“I’m in safe hands with you”

Sam is set up as the cheery leader on the team and he’s even getting brand deals! He is being setup as the main voice for the concerns and needs of the Richmond players going into this season. And while Sam seems to have a lovely relationship with his father, he is far away from home, and Ted has been acting as a surrogate father figure. What we see unfold this episode is a fracturing of trust Sam (and therefore the team) has with Ted. Ted’s always been there for them and tells them straight up what is happening. However this time, Ted tells Sam that Jamie will not be joining the team, only to have the episode end with Jamie walking on the field. The credits don’t roll before we get a shot of Sam looking at Ted in hurt disbelief.

At first I thought it was super weird and unlike Ted to change his mind in this way and not tell the team ahead of time. But as mentioned above, I think it makes sense when I think about the blinders Ted has on right now. His insecurity about having a therapist amongst the team, has caused him to attempt to help someone he feels he knows he can help, Jamie. I suspect this in will cause him to initially abandon the rest of the team’s needs which will have cascading negative effects to the other characters on the show.

Jamie is our conflict catalyst

My second takeaway: from a plot & thematic perspective, Jamie is the conflict catalyst for this season. While episode one brought us back into the current state of the team, this second episode is starting to show us where the cracks will form. Jamie coming back affects almost everyone, and mostly in negatives ways. And this makes sense! He was the toxic player of last season and most everyone celebrated him leaving the team, everyone except Ted who felt he was just breaking through to him (and he was right).

Sam outright tells Ted that no one ever made him feel smaller than Jamie did and Jamie coming back will force him to have to confront those feelings. Jamie returning also inadvertently made Ted a liar to Sam, so now Sam no longer has trust in his coach.

Keeley and Roy seem to be in a great spot and I don’t like that we see them handling conflict so well, in the same episode that Jamie reaches out to Keeley to tell her she’s the only one he can talk to. I fear that Jamie coming back will bring tension into Roy’s and Keeley’s relationship.

Nate was also someone that Jamie picked on. With the team in such a positive place from a people perspective, and coasting place from a football perspective, Nate has taken on this hard-ass persona. Maybe it’s a void that he felt needed filling, but with Jamie’s return I’m interested to see how the two of them collide. Will Nate continue to exude confidence and meanness, or will he shrink back into himself?

Everyone else on the team has some sort of negative Jamie story, so I’m sure there is more to come in the next few episodes.

I expect we will start to see the unfurling of our character’s relationships in episode three this week. I’m very intrigued to see where this season continues to go, and in particular how it tackles therapy, trauma, and parent-child relationships. For a show that built itself up towards heartwarming catharsis in season one, this season looks like it could be a little more of a gut punch, at least right up until the end where I hope we end up back in the warm fuzzy feeling we had last season.