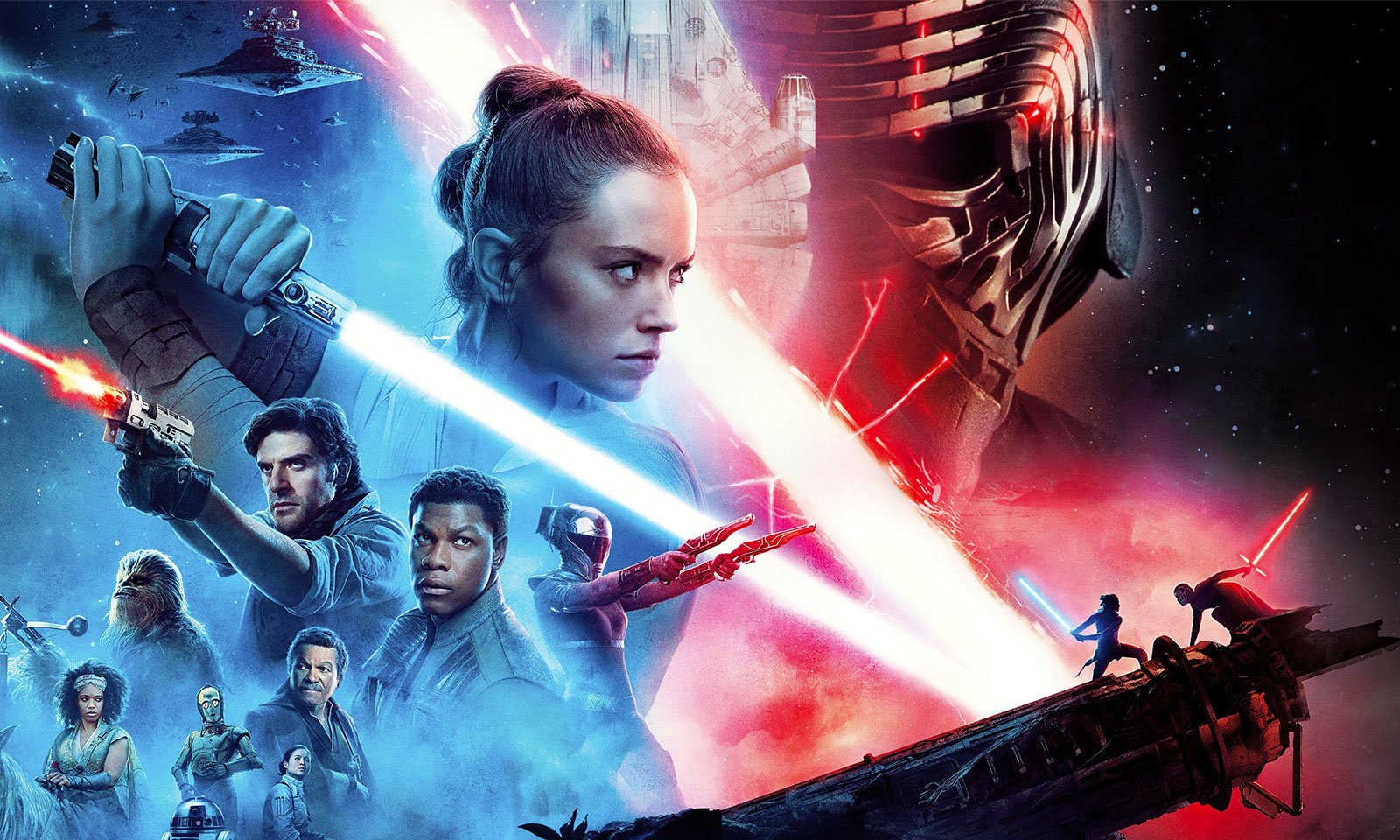 We’ve reached the end. The end of a saga that began in 1977 and was told over multiple generations of people. Expectations have been reasonably high, especially to those that had grown up with Star Wars, that lived through the release of the prequels, the acquisition of Lucas Arts by Disney, and the beginning of the new wave of Star Wars storytelling. I admittedly am someone who had high expectations coming off of The Last Jedi. When the subtitle The Rise of Skywalker was announced, I lowered my expectations some. And then as the release approached and the cast went on their press tour, sound bites and interviews from here and there had me lower my expectations just a little bit more. Going into seeing The Rise of Skywalker, I was hopeful, yet reserved.

Coming out of the film, I was conflicted by two thoughts:

That is to say, The Rise of Skywalker was a fun non-stop ride to the end of the saga, but thematically I felt it was pretty weak. At least weak where I personally wanted it to be strongest. So let me break down three of the major plots, one I mostly liked, and two I didn’t.

This film had to wrap up Ben Solo / Kylo Ren tug-of-war, it was just a matter of how. Will Ben realize the error of his ways and join the light side? Will he sacrifice himself in a moment of clarity and disown the dark side? Or will he just double down on the dark side and be an end game boss? Turns out, a little of the first two. Ben’s character arc naturally comes to the conclusion that deep down he has light in him, and he just had to forgive himself.

The Ben and Han Solo moment in the turbulent seas of the wreckage of an old Death Star, was decently touching. Leia has just given her life to reach out to Ben, Rey has shown him mercy, and now Ben has to reconcile that the one person he’s been chasing could have let him die but instead saved him. And in this realization he replays his last moment with his father, this time doing what he was too afraid to do the first time, and tossing away his Sith lightsaber.

What makes this moment mediocre instead of powerful, is that Ben goes through so much change in not a lot of screen time. Also at this point he’s not really fighting any outside pressure to come to this change. In the The Force Awakens, if he didn’t kill his father he would have to answer to Snoke. This time however, he’s already decided he wants to kill Palpatine so rejecting the Sith doesn’t have as much impact. And while I did really enjoy Rey telling him she wanted to take his hand as Ben not Kylo Ren, this ultimately leads to one of my least favorite parts of the film…

Rey and Ben… in love?

Rey and Ben kiss, ew. I mean kissing is fine, and Rey and Ben having this unique bond between them is a great character arc, but having them be romantically involved just seemed wrong. It felt like Hollywood just couldn’t let two heterosexual protagonists just be friends. Their duality as light vs dark, as being two sides of the same coin, is meaningful, and I would argue more powerful as a platonic relationship than a romantic one. Their kiss and implied romantic feelings cheapens their motivations.

For Rey, she has never known a version of Ben that wasn’t Kylo Ren and wasn’t in some way a murderer of innocent people. Yet she still falls in love with him? Her arc with Ben now has the air of “the girl who wants to fix the bad boy”.

For Ben, who’s been chasing Rey the entire trilogy, he finally finds peace and smiles after Rey kisses him. His love arc is literally the adage “hurting is flirting”.

I can appreciate how Rey being a Palpatine ties nicely into the saga long feud between Skywalkers and Palpatine, but it just seems so unimaginative. Particularly, I think one of the most powerful themes going into this final episode was the idea of Rey being a super force user that wasn’t from one of these famous lineages. She is supposed to bring balance to the force, but instead her story is that she’s literally the decendent of a Sith Lord and chooses to take the path of the Jedi. Which is great in the light vs dark debate, but doesn’t say anything about what “bringing balance to the force” even means. And this is my biggest disappointment with the film. I really wanted there to be something more to the theme of balance. This tweet really sums up this feeling:

So where does this leave me overall? I don’t think The Rise of Skywalker was great, but it was a fun movie to watch. I really enjoyed the moment when Rey passes a lightsaber to Ben, that was dope, and it’s moments like those that make the film good enough.